Outbreak: Dead Crisis is a highly ambitious and skillfully armed zombie shooting game, created by a 3-man development team that recognizes what a true fan of shooting games wants to play. The game represents a new concept with innovations in the genre, as well as an improved general understanding of the action and pace of FPS games. That said, the game is also very easy to learn and highly satisfying and addictive.

The 3 mentioned team members comprise an independent development company called Triple Fry Games . They are small but there are no small ideas, especially if they are so good. Outbreak: Dead Crisis is currently in early access on Google Play and the game is already leaving a pretty positive impression on the audience. The game is also being published by Triple Fry Games and is marketed as a mobile zombie arcade shooter that does a lot to relieve your stress with fast action and a fluid game. 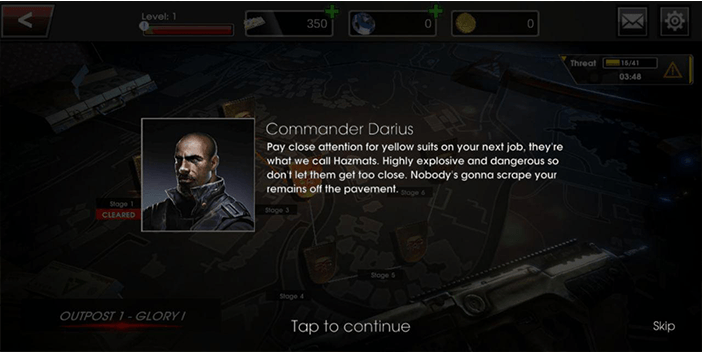 A zombie outbreak plagues the world, imagine, and people are organizing settlements and defenses to save what's left of humanity. You arrive at a settlement as a rookie recruit and senior people are taking you under their protection. They are transforming you into a zombie killer or zombie chow, of course, you choose.

This is the part where the mobile game Outbreak: Dead Crisis brought most of the innovations in regards to the FPS genre. This is a first-person shooter, but it has solved the problem of motion controls / aiming / shooting in a great way. In this game, you have no freedom of movement with your character and, instead, each stage you visit has a predetermined set of positions that the player can occupy. The player will then, with a touch of the Dash button, automatically run to one of these points. This is crucial as waves of zombies approach you and you need to escape. In addition, this movement also makes your character invulnerable while running. 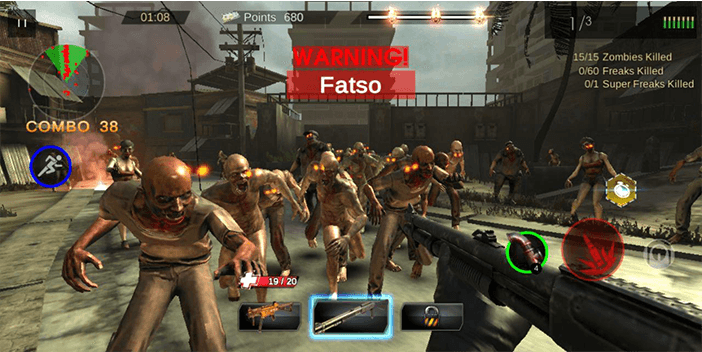 With this type of restriction / motion solution, this game has solved the old problem that most FPS games have when they are transferred to mobile phones. Since everyone uses their two thumbs to play games on a smartphone, most of the time, FPS games always face a problem, since the 3 key commands that each player must issue simultaneously are move, aim and shoot. The games have tried to remedy this by adding the Auto Fire function, where you only move and aim at your targets and your weapon is fired. However, this eliminates much of the entire shooting experience. 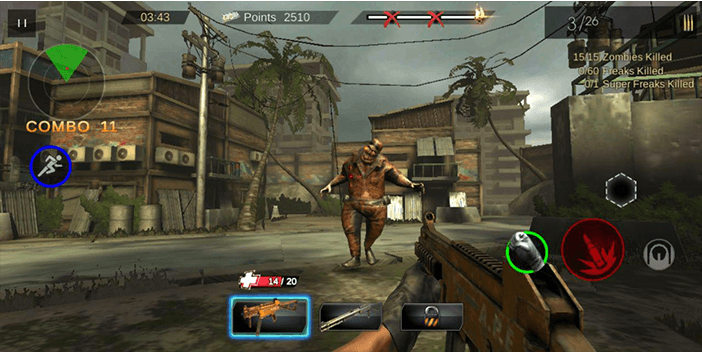 In this game, you must touch to shoot and not only that, you can also change weapons, perform a melee attack and even reduce time. All weapons have a fairly realistic and short magazine, which adds to the entire adrenaline experience. When the zombies are about to swarm, you can switch to the next weapon after the first one runs out of ammo, just to avoid waiting for the reload. However, allowing swarms of zombies to approach your shotgun could produce the most satisfying feeling you've had in years in video games, just try it. Nothing more to say about it. The environment is 3D, as are the character models, but the textures are very rough and the models are minimalist, to say the least. However, this is what needs to be done to make the game run smoothly and provide your adrenaline experience. 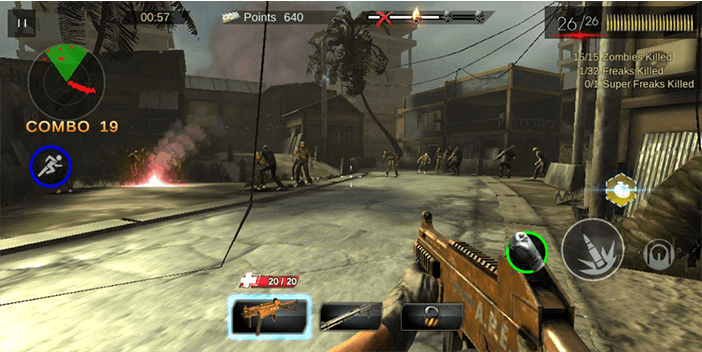 Outbreak: Dead Crisis is a shooting game and a delight to kill zombies. The game will provide you with some unforgettable moments of pure joy, with zombies splashing in front of you for dozens and disappearing quickly with the touch of your thumb. The game also promotes quick thinking and good strategic planning. It is very fun, easy to learn, offers a high limit of skills and costs nothing. Recommended from the bottom of our hearts!