The launch of the mobile game One-Punch Man: Road to Hero is finally here. Oasis Games officially launches its project based on the popular anime of the same name and comes in the form of a card game with a turn-based game system and in the line of an RPG genre. This is the first officially licensed game that features the anime characters mentioned in the western market, so fans are eager and ready to try it.

This game was developed under the joint supervision of the creator and author of the manga Isamu Tsukuru, which bears the pseudonym ONE, and Yusuke Murata, who is the original illustrator. In addition, the animation production team collaborated closely with the Japanese art team in this game, all with the effort to recreate the authentic visual style and the attractive mix that this phenomenon has. 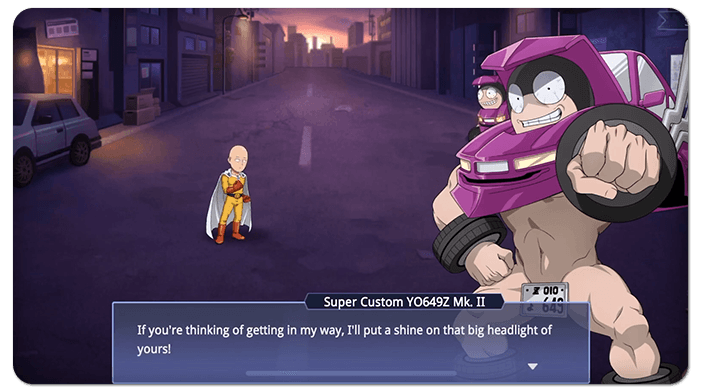 One-Punch Man: Road to Hero mobile is now available for iOS users in the iTunes App Store . The Android version is expected to arrive too soon . The plot of the game follows the story of the original manga and anime series with all the original characters represented and, to the delight of all, all the original voice actors of the anime. 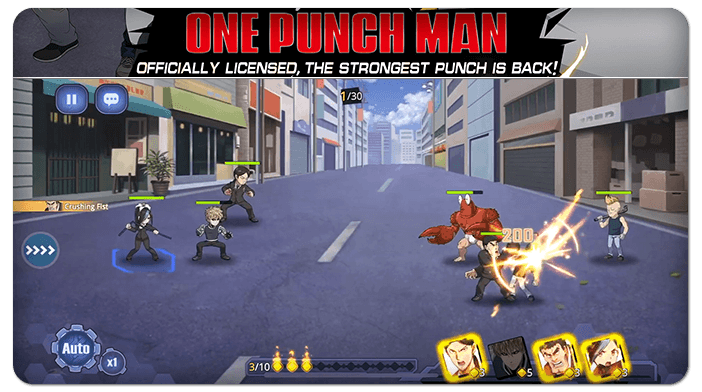 The manga achieved great critical and commercial success immediately after its release, it quickly goes viral. He quickly followed an anime project, which has just aired its second season earlier this year. There is also a new version of the manga series with modern prints, created by original creators, and the anime has also had many specials and additional materials released since then. 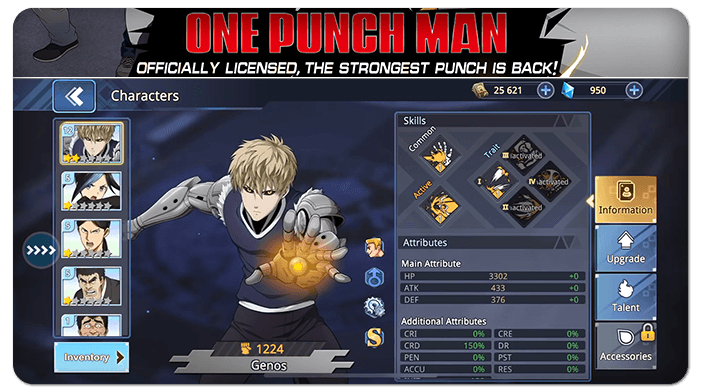 Saitama, the main protagonist, and his Genos students are at the center of the story in the mobile game One-Punch Man: Road to Hero. As mentioned, it presents the original story with the same antagonists, characters and the environment. In the game, players will be able to pick up the characters and train them, increasing their power on their way to becoming higher ranking heroes. The game's producer, Jinyang Xu of Oasis Games, said:

"One-Punch Man: Road to Hero was created so that fans and loyal players can fight, train and collect characters on their own hero's journey. With Saitama as an ally, build the best fighting team with complementary skills and get ready to immerse yourself in a fantastic combat experience with exciting stories! ”