Five Nights at Freddy’s: The release date of Freddy Fazbear’s Pizzeria Simulator for Android and iOS is now! This incredibly popular entry 6 th of the series found its way to mobile devices and has just been released. The game allows you to run Freddy Fazbear’s Pizzeria in a simulation game that allows you to manage all aspects of Freddy's business. Among other things, you can manage equipment, recreational machines, decoration and restaurant attractions, and everything to make it run smoothly. 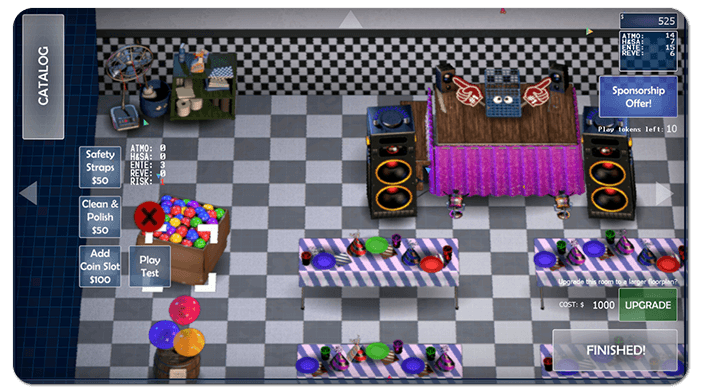 Scott Cawthon is credited as the creator and editor of all previous entries in the series, while this mobile game entry 6 th is signed by Clickteam USA LLC for iOS and Android devices. On iTunes, FNaF 6: Pizzeria Simulator is already number 9 in Simulation and has a clean 5-star rating! On Google Play, FNaF 6 occupies 4.7 stars, but so far there are very few votes in both stores to know for sure. However, one can rely on the previous success of the series. 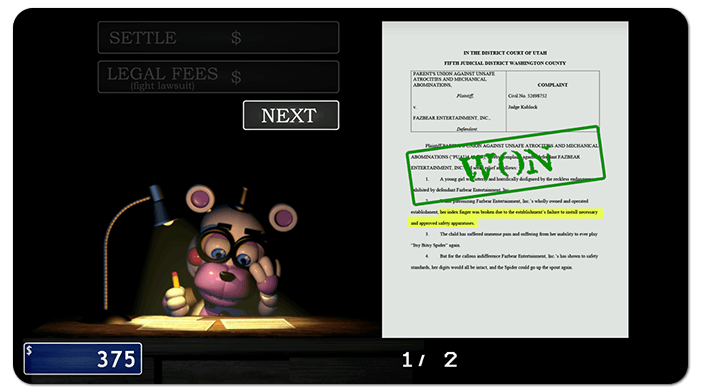 The game allows the player to handle all aspects of Freddy’s Pizzeria, including the paperwork he does late at night after a hard day at work. The pizzeria naturally generates income that players can invest in various aspects of the restaurant, including its decoration, slowly increasing the business. However, this game would not be as popular without a twist and leads us to the horror genre. As the truth about the restaurant progresses slowly to the surface, players will discover what is really happening and that they are just a pawn in a much bigger game. 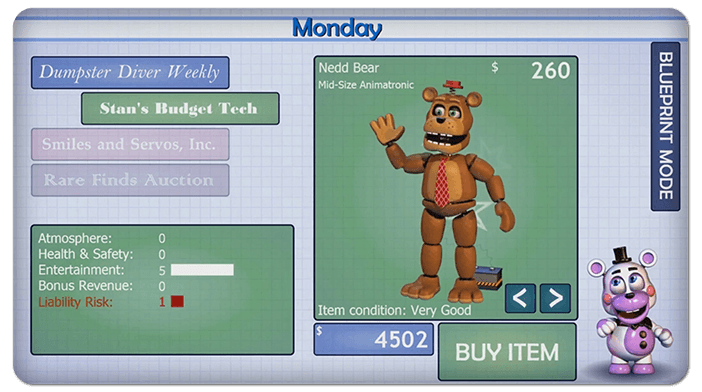 Clickteam ported the game from the PC and also working on bringing previous series entries. Five Nights at Freddy’s 6: Freddy Fazbear’s Pizzeria Simulator is now available in both stores for iOS and Android users. However, it will cost you $ 2.99. Given the popularity of the previous titles, it can be an investment worth 3 dollars.