A little over a year has passed since it was announced that the EVE Online franchise will reach mobile devices. All we knew at that time is that the game will be called EVE Echoes, and that it aims to preserve all aspects of the original game that made it so attractive to millions of players. Now, more than a year later, NetEase and CCP Games have announced that the open beta version for EVE Echoes will arrive on iOS and Android this December.

Following the announcement, Hilmar V. Petursson, CEO of CCP Games stated: "We are very excited for the first public presentation of EVE Echoes, the next revolutionary step in mobile MMO games. I can't wait to see the reaction of our main PC players, who will undoubtedly recognize the incomparable scale and sophisticated game of the virtual world of EVE Online that runs through the veins of EVE Echoes. "

According to Mr. Ethan Wang, The Vice President of NetEase, Inc. EVE Echoes will use the NetEase Games NeoX graphics engine, which will allow you to bring all the immensity and beauty of the original game to the palm of your hand. Thanks to this, players can enjoy the authentic EVE experience on their mobile devices. 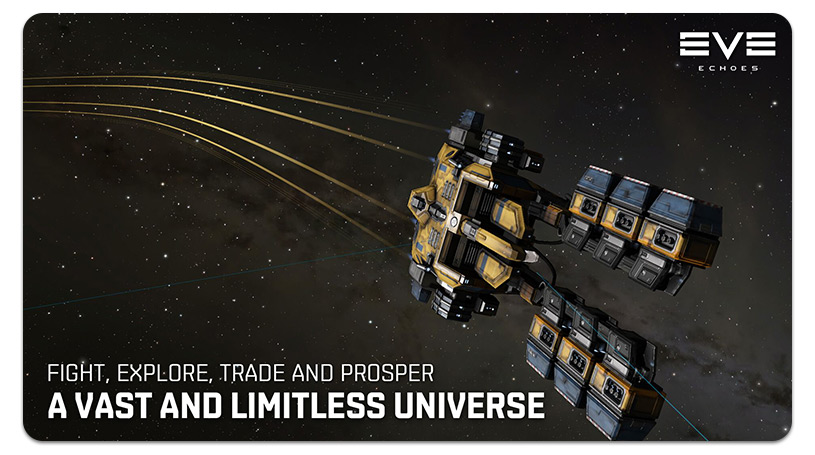 More information on EVE Echoes will be available during EVE Vegas this year, the world's largest EVE meeting. This event will take place from October 25 to 27 in Las Vegas, and during it, fans can learn more about EVE Echoes directly from the game's developers.

Until now, we know that developers intend to preserve all the central aspects of the game and implement them in EVE Echoes. Since the game will be released for mobile devices, there are likely to be some differences and some commitments are likely to be made, but making a large-scale MMO for mobile devices is not an easy task, so we will soon discover EVE Echoes Will meet expectations or not.